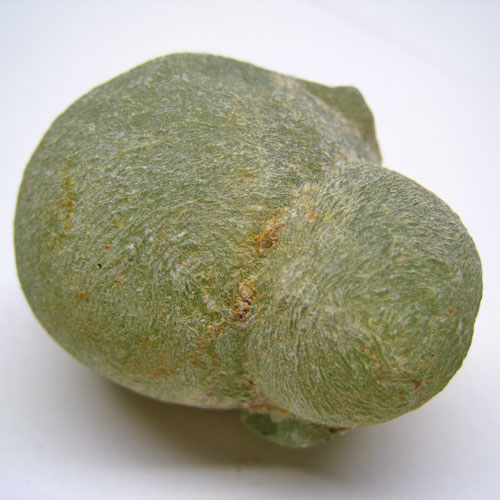 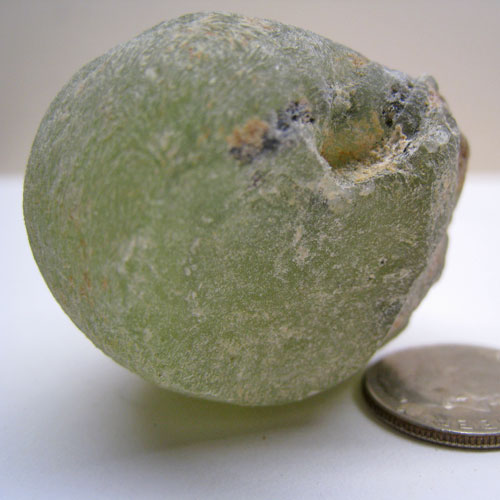 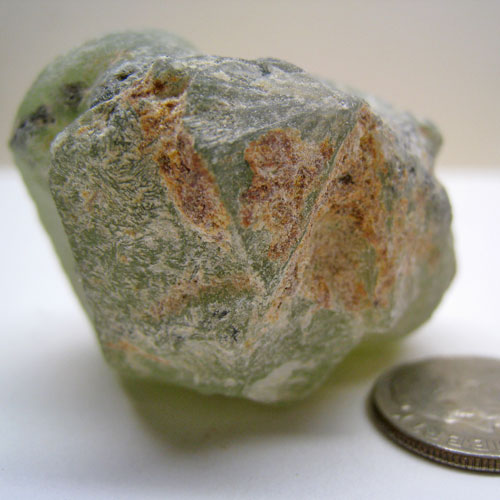 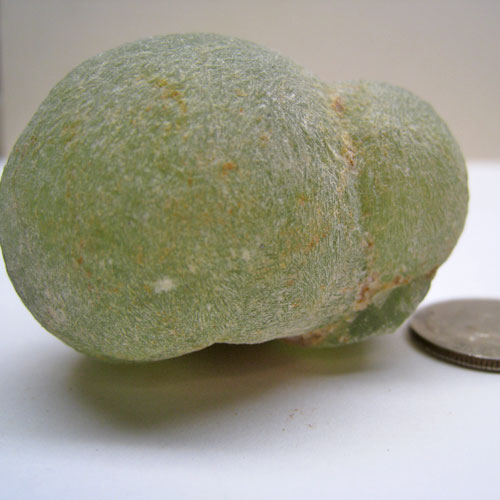 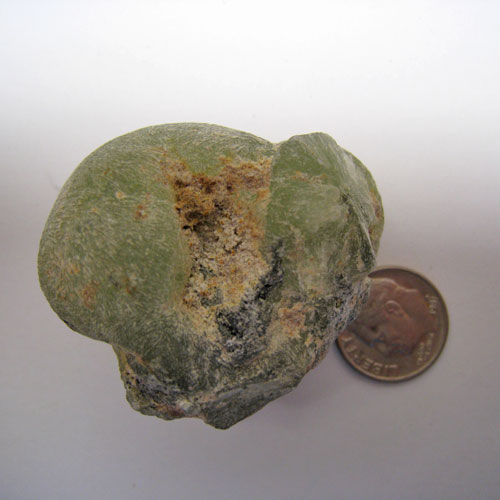 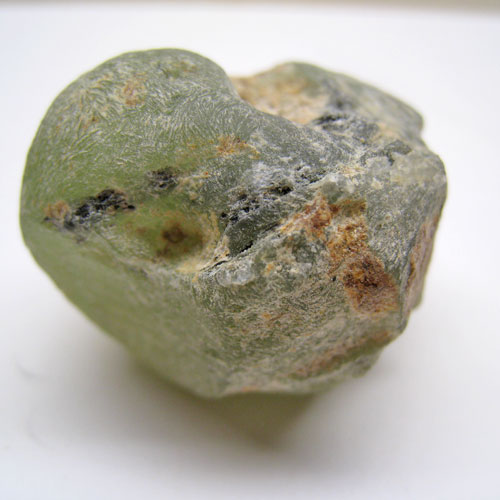 Prehnite specimen weighing 66 grams with epidote. Enough for a nice sized cab(s). Prehnite is a rare gemstone that forms as a result of hydrothermal action in mafic volcanics and was named after the Dutch Colonel Hendrik Von Prehn who discovered the stone in the 18th century. In China it is also known as Grape Jade due to its nodule formations which often have the appearance of a bunch of green grapes. Prehnite is an attractive collecters stone that is becoming more well known and used for jewelry purposes. Its color is usually a soft apple green which is quite unique to prehnite. This prehnite was purchase directly from the distributor from South Africa. Prehnite is also used in metaphysicl healing, especially associated with the pancreas.